Movies are the most effective of all the audio-visual mediums that can entertain  and at the same time educate. These movies get into the details of the big events that have happened in the financial markets. According to me this is must to understand the emotions happening on those points of time.
For the filmmakers, it is very challenging to take the idea of banking, working of credit and capital markets to the masses and make good films on such subjects. Although there aren’t many Hindi movies made on these themes, there are a few notable English movies which have successfully addressed the issues of capital markets and picturised the functioning of the stock market, brokers and investment bankers, thus educating as well as entertaining the movie buffs. Here is a list of 5 must-watch movies for stock market enthusiasts.

This is all about the 2008 housing crisis. Four outsiders find a flaw that big banks, media , credit agencies and government refused to accept and they decide to make money out of it. For me this is the best movie which explains the crisis in great detail. Also this movie explains all the jargons related to the financial world in a very practical way. You have to watch this movie if you haven’t already.

“Witty, absurd and far more entertaining than it has any right to be, this could finally shed light on the financial crisis for those of us who found it all too boring to contemplate.”

The film is loosely based on the Harshad Mehta scam. Gafla is a story about a young man’s journey into the stock markets, his meteoric rise and eventual fall. The film’s main character Subodh Mehta, manipulates the stock market by buying heavily with borrowed money brought in through illegal routes. This was the first Hindi movie on Stock markets and it doesn’t disappoint. I would recommend to get an idea about the Harshad Mehta scam before watching this movie. That’ll greatly enhance your viewing experience. You can watch it on YouTube.

A young and impatient stockbroker (Charlie Sheen) is willing to do anything to get to the top, including trading an illegal inside information, He teams up with a ruthless and greedy corporate raider Gordon Gekko. This movie gets into the greed and how this greed takes a toll on the protagonist’s life.

“…an eye-opening behind-the-scenes glimpse at an almost alien landscape. “

A respected financial company is down-sizing and a risk management executive discovers a massive financial disaster. The film is based on the early stage of the 2008 financial crisis. This movie takes the perspective of the company and the chaos it’s going through when they come to know about a flaw in their investing model.

“Chock-full of terrific performances, Margin Call is the kind of gripping, grown-up film that these days is usually found on the small screen.”

5. The Wolf of Wall Street

The movie is based on the true story of Jordan Belfort. The film revolves around Belfort who starts off as a penny stockbroker to become rich and successful and later, get featured on the cover of Forbes Magazine. Although its not all about stock markets but it does tell you a lot about penny stocks. One important take away from the movie is that how people are fooled into buying those worthless companies which are sold by Belfort, all this is done by selling a dream. Personally I get goosebumps everytime I listen to the speeches given by DiCaprio in the movie.

“This Wolf makes you wince, think, laugh – and growl”

This movie is loosely based on Dhirubhai Ambani’s life. All the struggles he went through to become one of the richest person in India. It also shows how the stock market used to function in the pre-technological phase. It’s a motivational flick which will force you to take a deep dive in the Ambani family and their history.

“Mani Ratnam is a master film-maker, in fact, he’s probably the best. Definitely the most revered – and India’s answer to Spielberg.”

As retail investors we are never told the real situations that happen in major events (eg: 2008 crash). Movies are the only medium which will take you through these events like it is happening right in front of you. Documentaries and interviews are good to educate but movies get into the emotions and make you feel a part of it.

At Goela School of Finance, we are committed to financially empower you in all the aspects of stock markets and help you create a successful career in this field. 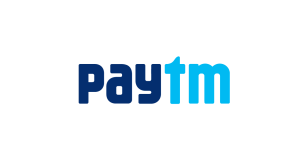 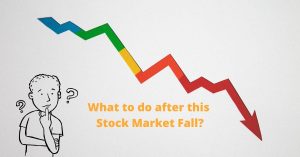 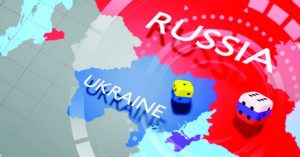