Donald Trump’s Economic Agenda and its Effect on Global Markets

On 14th December 2016, the Federal Reserve Bank of United States of  America increased interest  rates by 25 bps pulling up the interest range to 0.50 -0.75 pc, which was the second rise in the last 10 years.  Fed Chair Janet Yellen, indicated that the rates would continue to rise in 2017,  the US GDP for September 2016 is  showing strength at 3.2% growth QoQ, unemployment rate is as low as 4.6% and inflation is on the rise at 1.6%. It was the perfect time to raise the rates. However, the Debt to GDP ratio of USA is still at an all time high at 104.17%.

Donald Trump has campaigned for :-

This package seems perfect for investors in the Stock Markets  and  for a stronger dollar. Given this situation the US becomes the most attractive destination for investment.

As a result the dollar will get even stronger from  the current level of dollar index at 102.5. Higher interest rates,  growth in GDP and inflationary conditions are visible in the near future.

No  doubt, that it is the best situation for US in the short term, where stock markets would rise and bonds would fall due to increase of interest rates and gold would fall too with a stronger dollar.

But what happens to the emerging markets like India ? What seems most likely to happen is outflow of Dollars from the EM’s into the US markets, as the local currencies depreciate against the stronger dollar.  This would leave the markets bleeding and further cause dollar outflows,  ending up in a vicious circle.

Emerging Markets which include Brazil, Russia, India, China, South Africa etc., are living with a Nine  trillion dollar of debt.  Keep in mind that this debt is only corporate debt and does not include sovereign debt. As the dollar gains strength, we would be starring into financial crisis, as by implication  debt increases in terms of  local currencies with no growth in earnings.

When,  taxes are cut ,  interest rates raised  due to inflation and  spending on Infrastructure and defense  increased,  it would create huge deficits making the economy  inflationary.  Inflationary conditions would be good for gold prices as Real Rate of Interest ( Interest rates less inflation ) turns negative.

Deficit acts  like Helicopter money. To accommodate the deficit to drive economic activity , both Monetary and Fiscal policies would need to be accommodative.  High inflation would compel the Fed Bank to further increase interest rates which could end up US in a Recession. Donald Trump would be called the DEFICIT PRESIDENT  if he would do what he has been campaigning , i.e. Reduce taxes and Increase spending.

In  Short term,  the Stock Markets are looking to race ahead in U.S. and correct in India and  other EMs due to dollar outflow.  Bonds will fall with  rising yields and gold might further correct  due to stronger Dollar. 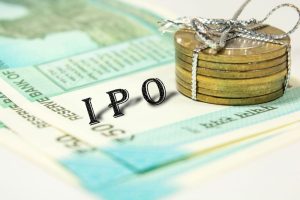 Upcoming IPO’s in 2022 In the recent times, especially after 2020 IPO’s have gained popularity just like YouTube Shorts, all thanks to

A career in Algorithmic Trading

If you searched the Algorithmic Trading blog, it means that you deserve a seat in the community of well-informed people in the

One of the most popular groups in Indian markets has launched an IPO some time ago. Adani Wilmar was listed on 08th