Have you ever been fascinated by the red and green sticks on screens of traders in stock markets? Those sticks, called candlesticks, continuously form in live markets, leaving beginners mesmerized. With price plotted onto the right-hand side of the screen, the entire setup with these red and green sticks is referred to as a candlestick chart in technical analysis taken up in our stock market classes. These charts are either filled up with numerous candles at different time intervals, often moving and changing colour in live markets. Through analyzing a group of them, a futuristic movement can be predicted. But wait, let us first understand what a candlestick is?

What does a candlestick mean?

A candlestick is a type of chart style that reflects the movement of price in terms of the size of the stick. The bigger the candlestick is, the more the change the stock/ underlying instrument has gone through. Their colour represents the type of movement in price that has occurred. A red one signifies that people have sold the underlying asset during that period of the candlestick while a green one represents buying by the people during that period.

Structure of the Candlestick:

Open: The value or the price at which the particular instrument’s first trade occurs in that duration.

High: The highest value of the instrument at which a transaction has taken place.

Low: The lowest value of the instrument at which a transaction has taken place.

Close: The value or the price at which the particular instrument’s last trade occurs in that duration.

Body: The difference between the open and close of a candle is the body.

Wick: The extremes of the candle i.e. High and Low concerning the body, constitute the wicks of the candle. They are often known as shadows in different stock market training institutes.

Depending upon the structure of the candle, they are classified into numerous types. Some of them are discussed here:

What is a pattern?

A collection of continuous candlesticks that indicates a strong sentiment for a probable movement is known as a candlestick pattern. There are numerous patterns covered across different stock market technical analysis courses, but they are broadly classified into two categories- Bullish and Bearish. A Bullish pattern indicates that the underlying instrument, i.e. a stock, etc. has a strong affinity to move up in the coming time, while a bearish pattern indicates a probable downfall in the price of the instrument in the coming time. These patterns are of several types- Engulfing, Cloud, Reversals, etc.

What is a reversal pattern?

A reversal pattern, as the name suggests, signifies an ongoing trend getting reversed with movement in the opposite direction commencing. This is a very strong pattern and is an integral part of the Modern Price Action theory as additional confirmation covered in stock market courses for beginners. The profitability percentage is very high in this type of pattern when tested in the currency, commodity, and equity markets for decades. So let’s get entangled into the magic of reversal patterns:

The key factor with trading through candlestick patterns is not the accuracy of the pattern, rather the risk reward. People often blame the pattern when they face difficulty in delivery mode, due to gap ups and downs in a volatile market. But if they have their SL placed at the nearest support with the risk-reward at least being 1:2, they will see a huge improvement in their trading ledger. A share market learning course which covers this aspect too, instead of only patterns, is best and recommended for a beginner.

Once being an indispensable tool for trading, these patterns have now become a little inefficient. Retailers getting trapped by the hedge fund managers by their advanced tools in high-risk-reward scenarios is the main reason behind the loss in popularity. However, this doesn’t mean that these patterns have become ineffective and they are of no use. Some of these patterns remain to be the finest tools for additional confirmations for price action strategies or support and resistance. These patterns work reliably well on daily and hourly charts, while the performance on other timeframes may vary quite a lot. 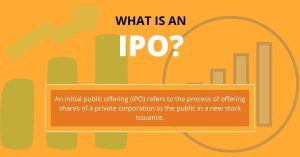 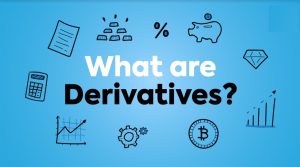